I took out a recent photo taken of the simple but unforgettable statue of Anne Frank, which stands near her final home in the Secret Annex, Amsterdam. 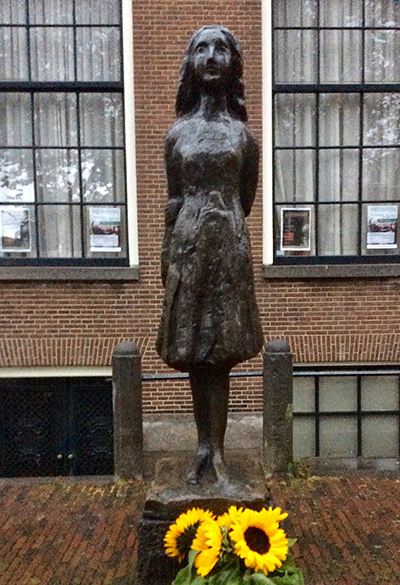 The statue paying tribute to Anne Frank, located at the Anne Frank House in Amsterdam.

I thought about my recent biking trip across Holland, about the country’s long history of creating canals, cathedrals, and castles. And also its long history of continual battles between kingdoms and war with countries, the last one, World War II, the German invasion, the Holocaust.

What would Anne Frank be thinking about today? What would she say to us?

Our world seems to be spinning farther and farther away from choosing peace. What can we each do, say, write or imagine to “give peace a chance.”  — John Lennon

“All works of love are works of peace”  — Mother Theresa 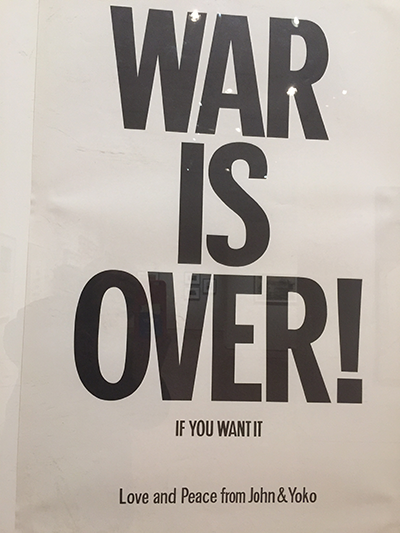 a poster sent by John Lennon and Yoko Ono