Two Publishers You Should Know 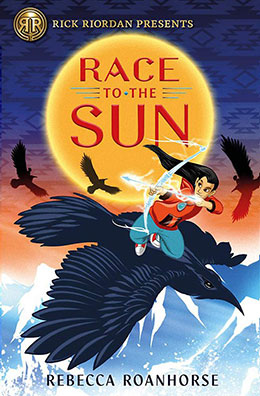 A new novel series from Rick Riordan Presents! Fans and those who have yet to discover his book series will be pleased to know that one of the new middle-grade books in this series is Race to the Sun, written by Rebecca Roanhorse. Rick Riordan describes Race to the Sun as having all the elements that make a great story: “It’s a funny, brilliant page-turner with unforgettable characters and an ingenious quest.”  This new line of Rick Riordan books celebrates “great voices from cultures that have been too often marginalized….” In this fast-paced quest, the reader meets mythic characters from the Navajo tradition. 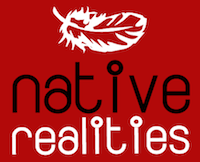 Dr. Lee Francis IV is also the founder of Indigenous Comic Con, now an annual event. Indigenous Comic Con highlights and celebrates the imaginative new pop-literature being created by young Native artists and authors. This pop-Indigenous culture literature is presented in many forms including comics and is accessible, fun, surprising, and challenges past stereotyping.

Native Realities publishes books and comics featuring superhero tales of Indigenous icons, First Nations freedom fighters, Aboriginal astronauts, and Native American superheroes. In addition to editing and contributing to the graphic anthology Tales of the Mighty Code Talkers, Dr. Lee Francis is the author of the comic Sixkiller and the illustrator of Native Entrepreneurs. Read my interview with him here.

Native Realities brings the indigenous experience to the world of popular culture—and to readers of all ages.

Every water journey begins with one step

Is there anything ever-changing water can’t do?

Wouldn’t you like a nice, WARM drink of water? Try it. It’s good for you!

It’s all right to cry, flamingo

An ode to teardrops

Beyond wet dogs: is there water on Pluto?

Capturing the look and feel of water, in words and pictures

My love letter to water