NEVER AGAIN—the cry of survivors of the Holocaust

NEVER AGAIN—continues to echo across Holland, Belgium, France, Germany, and on and on

Last fall when I first began biking from Belgium to Holland, I was amazed at the beauty all around me and the resourcefulness of humans to reclaim this land from the sea, to make the land fruitful. I looked at the wide, grassy dikes, so wide that across the tops are paved roads for bikers and the occasional tiny car. Southern Holland is a country of canals, not just a few cities of canals. Imagine a wall, a dike, a long triangular mound taller than a house and almost as wide and covered with lush green grass. Sheep, goats, geese graze along the sides. Looking down from my bike, on one side is a deep canal with flowing water. On the other side, and much lower down, are the backyards of homes, many with tidy gardens—carrots, kale, beets, giant purple cabbages, strawberries, corn—and flowers. 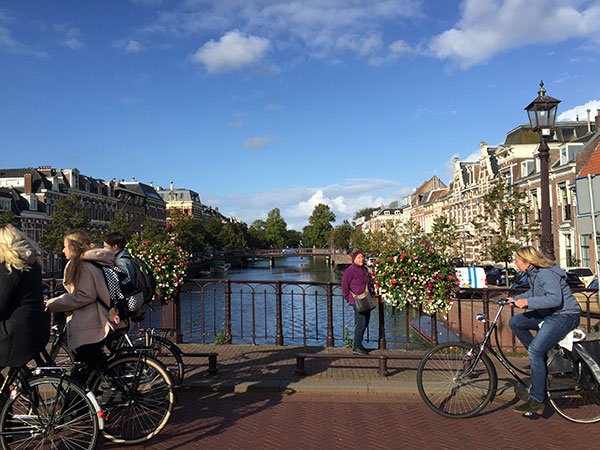 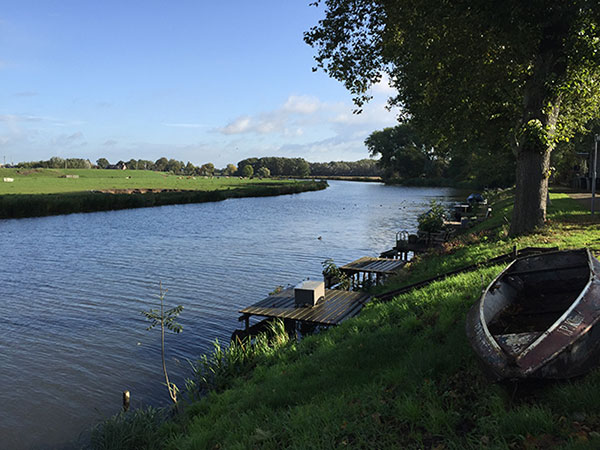 When I looked more closely, I thought about the long history of building, of creating buildings, cathedrals, castles. I am reminded of the continual battles and warfare between kingdoms and countries. In sad silence, I often stood where senseless battles were fought—the “Great War,” World War I followed by a greater war, World War II. And then the Holocaust. 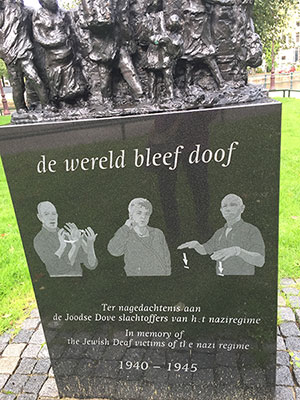 German pill boxes are still visible, half covered with vines, half sunk in mud, but still present at each junction of canals or rivers that required a lock.  Amsterdam, a city so vibrant, so full of young people, vigorous people, tall handsome people. But here in Amsterdam, of their 1800 Jewish citizens, less than a third survived. I walked along streets where simple plaques have been placed to indicate, here is where a Jewish citizen was shot, the body thrown into the canal … the body of little Rosa, three years old, her older brother, Frank, eight years old, her mother and father, grandparents … and the Jewish school for boys—over 700 children, rounded up one day and loaded into trucks for extermination. The Dutch people use the word “murdered.” The school for deaf children, all the students sent to death camps. Murdered. The Resistance fighters, young people, old people, teachers, friends of Jews … murdered.

How could such an atrocity happen in this modern, beautiful sophisticated city?

I am reminded. We cannot stay silent, not now, not today, not ever.

Never again. Not anywhere. Not here.

Many Ways We Tell Our Stories: American Sign Language

Many Ways We Tell Our Stories: Tattoos