I became absorbed with Vincent van Gogh’s paintings at “his” museum in Amsterdam. I had never seen his work close-up in person. Such rich color, such captured energy. And faces of old people or exhausted farmers that looked back at you as if they could see your soul while you were gazing into theirs. The museum was unusual. Vincent’s paintings were paired with excerpts from his writings—his almost daily letters to his brother. In his entire lifetime van Gogh sold only a few paintings although he created hundreds.  He was ostracized by other artists and also the villagers. Indeed, he was odd and unusual and often deeply depressed—yet always totally committed to his work.

This quote of his especially resonated: “Through working hard, old chap, I hope to make something good one day. I haven’t got it yet, but I’m hunting it and fighting for it, I want something serious, something fresh—something with soul in it! Onward, onward.”

And thus we each continue to write, to create in our own individual way. 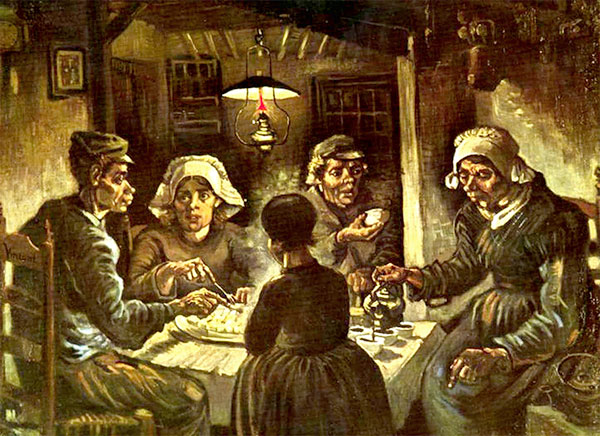