Writing the Story of Mental Illness for Young Readers

Mental illness has become epidemic. Suicide is the second leading cause of teen deaths. Our article, “Writing the Story of Mental Illness for Young Readers,” describes the importance of books to help break the silence and stigma that surround mental illness. The article includes descriptions of books that are doing just that. It also suggests what we as authors, illustrators, librarians, and educators can do to help diminish the stigma and encourage conversations about mental illness, an invisible disability. This article will be published by the Association of Writers and Writing Programs (AWP) journal, The Writer’s Chronicle in the April 2022 issue.

I spoke with Ann Jacobus, co-author of “Writing the Story of Mental Illness for Young Readers,” and asked her several questions about her books which do not shy away from tough mental health issues. I think you will find Ann’s replies interesting and insightful. 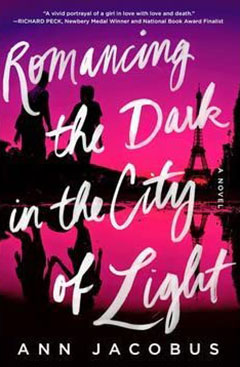 Ann, your first YA novel addresses several issues, one of which is contemplation of suicide. What motivated you or interested you to write a novel set in Paris (the city of light) about a teen dealing with emotional abandonment and addiction/depression, and her own “seduction” towards suicidal thinking?

My family and I were living in Paris for my husband’s work and I thought I’d be foolish not to set something there. It is a beautiful city, fully deserving of its grand reputation. But I also thought it would be interesting to see Paris through the eyes of someone not happy to be there, someone in fact, who was depressed and ultimately suicidal. I have been pulled toward the subject of suicide since I was a teen despite its stigma, and worked on my first suicide hotline when I was eighteen. That’s because as an adolescent I struggled not only with depression but with some periods of suicidality, and I understand the dangerous power and seduction of it when one is suffering mental despair. Main character Summer is in a much worse situation than I ever was and makes some poor choices that are typical of the distorted thinking that comes with suicidality.

Your newest work, scheduled for publication next year, please tell us a bit about it.

My next novel, The Coldest Winter I Ever Spent, stars 18-year-old Delilah who has a past involving depression, a suicide attempt, and hospitalization, but who is presently thriving living and working with her beloved aunt, as well as volunteering on a suicide hotline. That is, until Aunt Fran is diagnosed with a rare and virulent form of cancer, and asks Delilah to help her “die with dignity” or advance the time of her death. It will be out in the spring of 2023 from Carolrhoda Lab and it’s a story about coming to terms not just with our disabilities, but with mortality, and how the power of love can help us do just that. 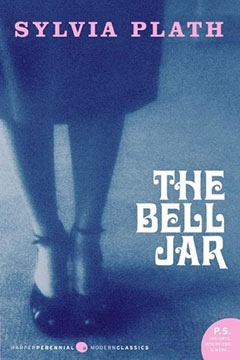 When you were a young adult, what kind of book did you wish you could have read—or did you—that might have been critically helpful?

There were almost no books at that time, and certainly not for younger readers, that dealt accurately and honestly with mental illness. I did read adult books like those by Sylvia Plath, William Styron, and Virginia Woolf, to try to understand the powerful feelings I was battling and felt I had to keep secret.  I also read voraciously and escaped into epic stories like Tolkien’s The Lord of the Rings or Herbert’s Dune. I would love to have had access to a good story that modeled a young character struggling with depression who learned to cope with it effectively, and went on to do other things characters do, like fall in love or run for student body president. While we still have a long way to go, I am grateful and happy that so much has changed and that mental health is beginning to emerge into the light and air of public discourse and action.

Ann, anything else you want to emphasize about mental illness and books for kids and teens?

Stories about characters who have mental illness in their lives, whether their own or that of a loved one, can chip away at stigma—our irrational fear and misunderstanding of the subject.  A good story that models characters seeking help and receiving it, and coping effectively, can do so much to reassure those who are suffering in silence—and educate the rest of us. Stories normalize mental illness and help us realize that, like physical illness, it’s a part of life. Finally, talking about suicide is the only thing that can prevent it.

What is one concept you wish everyone understood about mental illness?

That mental illness exists in one form or another in every extended family in the world, that those who suffer it are not alone, that help and resources are out there, and that there are many ways to treat it, and live full, normal lives. Then to tell stories about it!