A remembrance in honor of Dr. Martin Luther King, Jr.

Czechoslovakia, China, North Korea, Ukraine, Russia, and so it goes …. 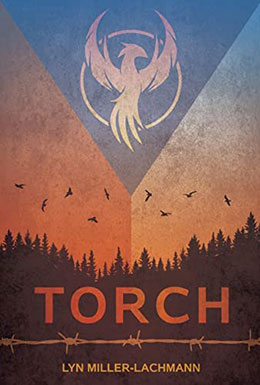 I began reading Torch last night—it is terrific. Brava, Lyn Miller-Lachmann, for your persistence and courage. Your novel takes the reader into the world and hearts of the young people of Prague, Czechoslovakia, as they fight for their people’s freedom. I continue to be surprised at the criss-crossing of our experiences.

My Czech family and relatives (paternal grandparents) are from Prague. I spent time with them in their beautiful city during the time the Czech nation was under communist control. Many in my family lost their farms, some lost their lives, some fled to the US. I’ve walked the streets, stood on the St. Charles Bridge knowing that my relatives crossed that bridge many times. With my parents I visited the Castle … talked with my great aunt and uncle who lived through the tough times:  persecution, disappeared loved ones, hunger, constant fear. It was painful for them to talk about it. Often they talked in whispers. They wanted me to know, to understand the priceless gift of liberty to think, to speak, to choose. They took me to visit relatives who once had productive farms and told me of the hunger and starvation while fields of potatoes, illegal for anyone to eat, rotted in the fields. They showed me the hidden, secret vegetable gardens, also illegal. They spoke of those imprisoned who never returned.

And when we said our farewells, again they whispered, “We all have secret lives.”

In the young-adult novel, Torch, Lyn has captured the horror and the hope. In the words of author Kip Wilson, “Torch immerses readers in the lives of a group of teenagers in Czechoslovakia after the 1968 Soviet invasion. Rather than live without freedom … ”they risk imprisonment, torture, and even death.” Brava, Lyn Miller-Lachmann, for your courage to speak out, your meticulous research, and determination to create a book with heart and history. Torch is the reminder we need to open our eyes to the priceless gift of freedom, especially during this current rise of authoritarianism around the globe and right here at home.

Here are more important books for young readers to read, discuss, share. These stories are important to protect and continue the work of many freedom fighters.  “Lest we forget.”  Thank you, Dr. Martin Luther King.

The Genius under the Table, growing up behind the Iron Curtain, by Eugene Yelchin, National Book Award Finalist…also, the author/illustrator of the Newbery Honor Book, Breaking Stalin’s Nose, and The Assassination of Brangwain Spurge, co-written with MT Anderson.

The Ogress and the Orphans by Kelly Barnhill, 2022. A fun spoof about an important subject, the rise and fall of a dictator who is a dragon disguised as a philanthropic Mayor.

Ruta Sepetys, the acclaimed author of several YA novels. I recommend all of them beginning with Between Shades of Gray and I Must Betray You.

Also recommended is the 1960s film “A Fine Countryman,” which chronicles the experience in Czechoslovakia with collectivization. It was briefly shown during the era of the reforms, then swiftly banned when the Soviets invaded. The film is mentioned in Torch.