I am honored to have a poem included in What is a Friend?, the newest poetry anthology from Sylvia Vardell and Janet Wong. 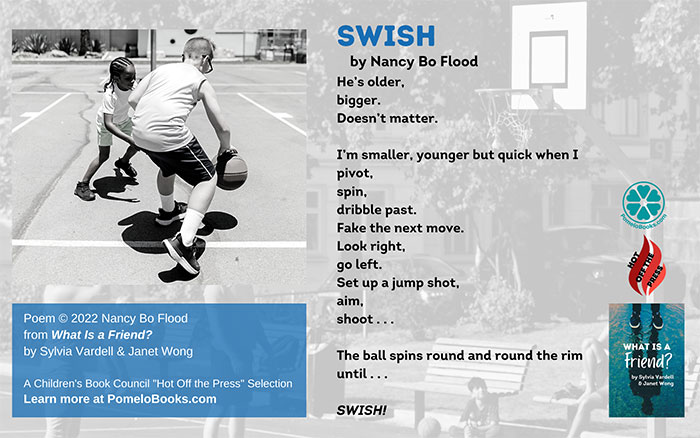 (Listen to me read this essay. Scroll down to read along and enjoy some photos.)

Here’s the story behind my poem:

I heard them before I saw them, but I recognized the sounds.  Fast moving feet pounding across hard-packed sand.  Quick stops. Ball thrown, caught …

Backyard basketball. I smiled, thinking of my Dad.  Basketball, his passion all his life.

After high school and leaving home, wherever I was traveling, I’d write my Dad when I saw kids playing pick-up basketball, or shooting hoops alone. Surprise. I saw basketball played one time where I least expected—barefoot basketball on a tiny island in the middle of the Pacific Ocean, in Micronesia.

I was wandering down a narrow spit of beach, there they were. Kids shooting hoops.

Someone had nailed a rusty, lop-sided hoop onto a lone coconut palm. Miss your shot and, splash. Off you went swimming hard to grab the ball before it went bobbing  out to sea.

Dad loved BB. Player, coach, a fan cheering for his favorite team. It wasn’t just the game. It wasn’t even the winning or losing. It was something else, something bigger. One day he shared his thoughts with me, his daughter who grew up before Title 9 and wasn’t allowed to play “real basketball.”

Dad grew up on a dairy farm near a small town in central Illinois. He shot hoops once all farm chores were done. He went to college on a basketball scholarship and barely finished before being drafted to fight in WWII. After the war Dad became a high school math teacher and a coach. His basketball team of black and white players from a small rural high school became one of the best teams in the entire state of Illinois. They even beat some big-school Chicago teams to capture a second place trophy, missing first place in the state championship by one point.

Dad often said to me, as our country was going through the tough times of integration and racism in the 60’s and 70’s, he’d say it again now—real integration happens when people share a common goal and work together to achieve it. Call it sports integration. Teamwork is what makes a winning team. The goal is play hard, play your best, each individual is part of a community working together. Not five players, but one team. That’s the real trophy, just like real life. 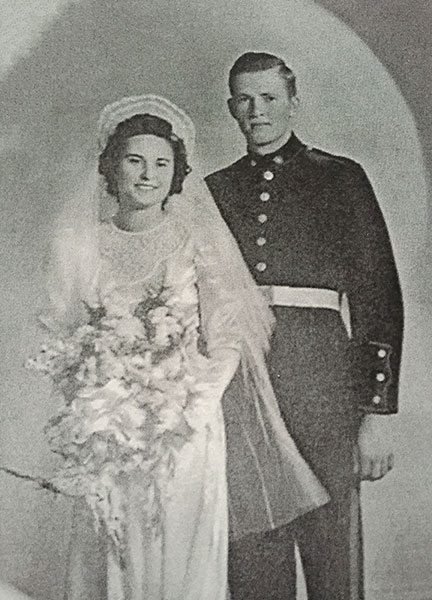 First a soldier’s wedding, his high school sweetheart, my mom. 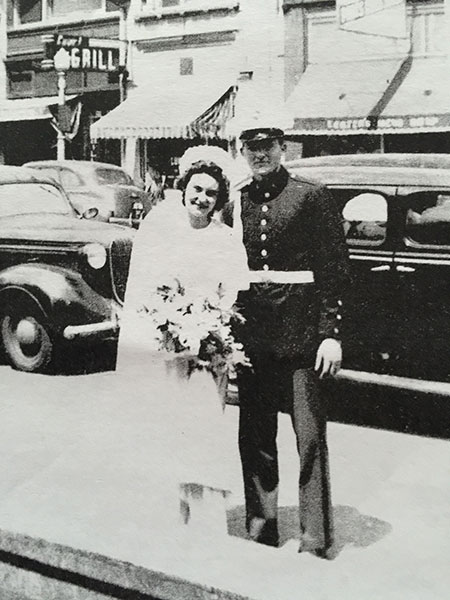 My basketball Dad, heading off to war in the Pacific World War II. 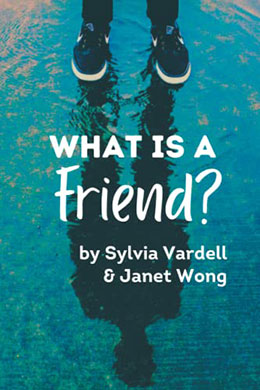 I know you’ll enjoy the poetry in this book, celebrating friendship!

100% of the profits from this book will be donated to the IBBY Children in Crisis Fund. (Click on the book cover to purchase this book from Amazon.)