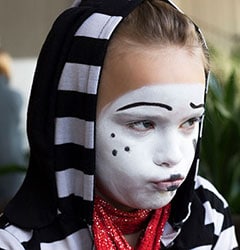 Many Ways We Tell Our Stories: American Sign Language

Many Ways We Tell Our Stories: Tattoos

Many Ways We Tell Our Stories: Dance

Many Ways We Tell Our Stories: Carving